College celebrated swami Vivekanand jayanti on 12th january 2019 to commemorate his 156 birth anniversary which is also National Youth Day. He was an Indian Hindu monk. He was a key figure in the introduction of the Indian philosophies of Vedanta and Yoga to the western world. He is still ideal globally accepted role model for many youth.

We did lighting of lamp, garlanding followed by swami Vivekanand prayer.

Our students wrote essay on any of the topic of their choice as follows-
1. Inspiration – role model and self experience
2. Role of youth in nation building 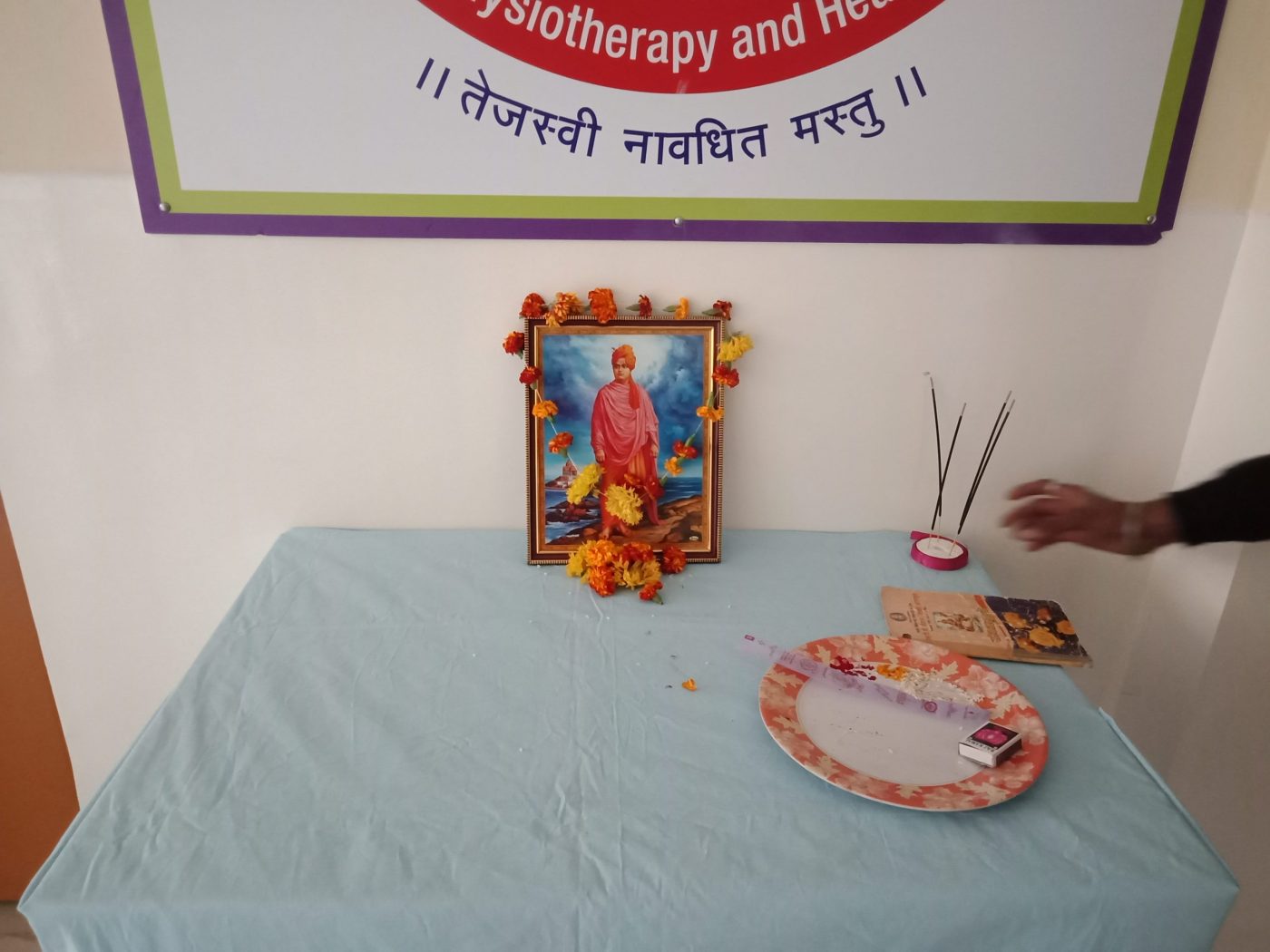 From the Principal’s Desk

Indeed it’s a happy & proud moment for me to be associated with Stalwart  of Education Edifice in Maharashtra Sir Dr. M S. Gosavi, leading Gokhale  Education Society having completed 100 glorious years of history to it’s credit.